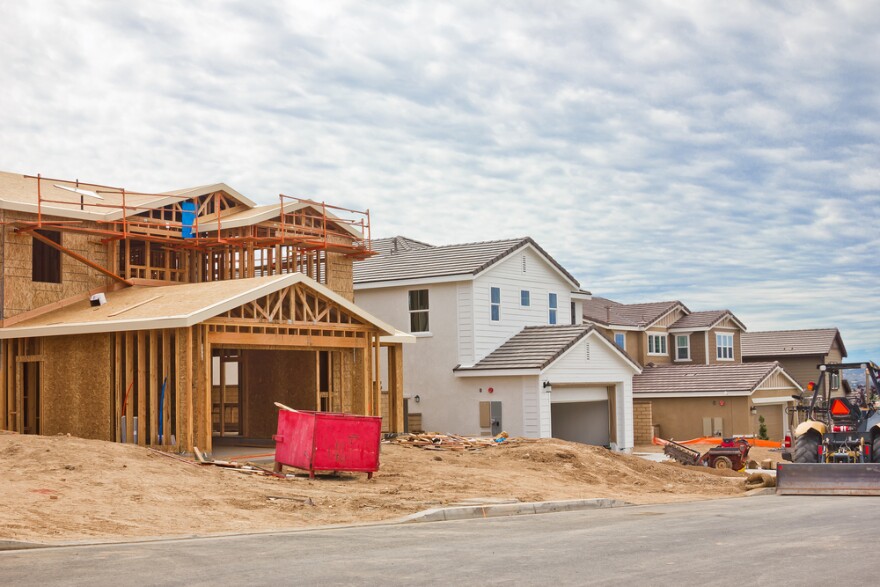 Looking out at a crowd made up of mostly Black developers and real estate professionals filled James Armstrong III with joy.

The head of the nonprofit Builders of Hope, which builds affordable housing across Dallas’ urban communities, said he was overjoyed because rooms full of developers often look very different.

“Ninety percent of the time I am in rooms that don’t look like me,” Armstrong said. “So it’s very important that we cultivate what’s in this room. There’s power in this room.”

The presentation at Fair Park’s Texas Discovery Gardens was intended to do just that. It was part launch party and part recruitment pitch to find the first Dallas cohort of the Equitable Development Initiative.

Over the summer months, the program will help about 20 Dallas-area developers of color to build their skills, expand their networks, grow their businesses and ultimately help fund real estate development projects.

Launched in Detroit in 2018, the program has expanded to Washington, DC, and the San Francisco Bay Area. The goal is to build greater capacity among developers of color and challenge the inequities in the industry. That’ll help address the country’s yawning racial wealth, better respond to the real estate needs of communities of color and build much-needed affordable housing.

Raymond Guthrie from the national nonprofit Capital Impact Partners, which runs the program, told the audience it’s the systemic denial of capital or other resources that produces the racial gap in the real estate development industry. It isn’t a lack of ambition, skills or interest on the part of developers of color.

Despite commitments from financial institutions to be more inclusive and equitable in 2020, Guthrie said there is still a major deficit in support for development projects led by people of color. His organization has funded $400 million worth of projects across 273 different communities, he said, with more than 70% of that funding going to Black developers and other developers of color.

Top of mind for the presenters is the push for development projects throughout southern Dallas. The predominantly Black and Latino neighborhoods south of I-30 and the Trinity River have been historically marginalized by city hall and the real estate industry, starved of the of the investment and support delivered to wealthier, whiter northern Dallas neighborhoods.

With development around Fair Park, North Oak Cliff and near the Dallas Zoo, Michelle Thomas said she hopes that communities of color have a piece of that pie.

“We see the development that is happening, we see the highways that are happening [in the area], and the initial thought of people of color is that that’s not for people of color,” said Michelle Thomas. “We’ve seen it happen so many times.

Thomas, who grew up in south Oak Cliff, runs JPMorgan Chase’s philanthropic programs in Texas and Oklahoma. The company is putting $500,000 into the Equitable Development Initiative, she said.

The Equitable Development Initiative is accepting applications through early May.

How to Respond to a Rent Increase Letter - 5 Tips

A Comprehensive Look Into Comfort Levels Between Abuja and Lagos

How to Negotiate After a Home Inspection